From its earliest days, the TransWest Express Transmission Project has focused on collaboration, consultation and concern for meeting the growing energy needs of the Desert Southwest. 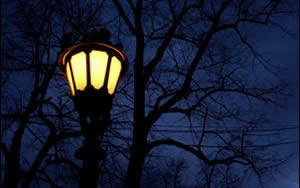 The TWE Project was initiated by Arizona Public Service Company in 2005. The project was inspired in part by the Rocky Mountain Area Transmission Study, which identified the potential for communities in the western United States to access the rich renewable energy resources in the Rocky Mountains through the development of major transmission lines. APS also performed several routing and planning studies and held a series of stakeholder meetings. (Example presentation here.)

National Grid, an international energy delivery company that delivers electricity and natural gas, and the Wyoming Infrastructure Authority joined APS in the development of the TWE Project in 2006.

The three project sponsors agreed with PacifiCorp to jointly study the TWE Project along with PacifiCorp’s Gateway South transmission project – a 500kV AC transmission line that at the time roughly followed a similar route as the TWE Project, from Wyoming to central Utah into Nevada. Together, the group analyzed several conceptual design alternatives to satisfy the combined need for the two projects; developed a conceptual design for each project; performed a comprehensive corridor study for the projects; and submitted coordinated right-of-way applications to the Bureau of Land Management. The original TWE Project ROW application and Preliminary Plan of Development were submitted to the BLM Wyoming State Office on Nov. 30.

The group also jointly conducted the Western Electricity Coordinating Council's Regional Planning Project Review for the two projects and entered the projects into the WECC rating process in January 2008. This process ensures that new projects are properly integrated into the existing transmission grid.

National Grid sponsored an economic analysis by PA Consulting in 2008, which illustrated the economic viability of the TWE Project delivering renewable energy to southern California, Arizona and Nevada.  National Grid prepared a similar yet more expansive analysis that was released in July 2008: The West's Renewable Energy Future, A Contribution by National Grid.

Also in July, TransWest Express LLC was formed – wholly owned by The Anschutz Corporation – to hold and develop electric transmission assets. TransWest acquired the development rights to the TWE Project from APS, National Grid and the Wyoming Infrastructure Authority. APS continues to participate in the project in an advisory role, and it retains an option to participate in the TWE Project.

Since acquiring the TWE Project, TransWest has aggressively pursued the next phase of development through its permitting and WECC rating activities. TransWest filed an Amended ROW Application with the BLM in December 2008 and an Amended Preliminary Plan of Development in January 2009.

By spring 2009, interagency pre-scoping activities and meetings had been conducted by BLM with 15 Bureau of Land Management field offices and five United States Forest Service offices that administer lands within the Environmental Impact Statement study area. Additional meetings were held with other key federal, state and local entities in subsequent months.

In January, TransWest filed an updated Preliminary Right-of-Way application with BLM, amending TransWest's 2008 ROW document, and by midsummer TransWest had submitted an updated Preliminary Plan of Development as well to amend its 2009 POD. BLM also began communications with all eligible federal, state and county entities who elected to become Cooperating Agencies for the TWE Project.

In February, the TWE Project was granted Phase 2 status in the ongoing WECC rating process, and the Phase 2 confirmation supported a Planned Rating of 3,000 megawatts for the transmission line.

In March, Western Area Power Administration decided to pursue a 50 percent equity partnership in the TWE Project, as part of Western's Transmission Infrastructure Program. Western also later became a joint lead agency with BLM on the preparation of the EIS.

BLM/Western held 23 public scoping open houses in Wyoming, Colorado, Utah and Nevada, following their Notice of Intent to Prepare an EIS published Jan. 4, 2011, in the Federal Register. Public scoping feedback and ongoing analysis continued to inform their work on the Draft EIS document throughout 2011.

In August, WECC released its U.S. Department of Energy-funded "10-Year Regional Transmission Plan," and economic analysis conducted as part of the plan showed the TWE Project can provide the most cost-effective remote renewable energy resource alternative to satisfy a portion of California's needs.

In September, Western Area Power Administration signed an agreement with TransWest to co-fund the TWE Project's development phase. Western will decide whether to continue its participation into the construction phase after the environmental analysis is complete. More good news for the project followed in the fall, when the TWE Project was selected by a new federal "Rapid Response Team for Transmission" as one of five priority transmission projects in the Western U.S. and the only one to connect into California balancing authorities.

Members of the federal Rapid Response Team for Transmission conducted site visits in January with the lead agencies and cooperating agencies on the TWE Project in Wyoming, Colorado, Utah and Nevada, to identify where the RRTT could assist in the permitting process.

Throughout the year, BLM/Western continued their environmental analysis and work on the EIS, in conjunction with cooperating agencies. In October, BLM/Western published their third public newsletter, showing an updated map of alternative corridors under consideration. (TransWest's proposed corridor for the TWE Project remained the same.) The newsletter said the agencies "anticipate the Draft EIS will be available for a public review in late spring 2013."

BLM/Western held 13 public meetings/hearings in Wyoming, Colorado, Utah and Nevada as part of a 90-day public comment period following their Notice of Availability of the Draft EIS published July 3, 2013, in the Federal Register.

In March, the National Renewable Energy Lab released an economic analysis confirming that a direct current transmission line from the California renewable energy market to Wyoming’s renewable energy supplies – such as the direct current TransWest Express Transmission Project – is economically beneficial for California utilities and ratepayers. By sourcing just a portion of Wyoming’s high-capacity wind, NREL notes that “annual generator cost savings (for California) range from around $500 million to around $1 billion.”

In May, TransWest submitted updated versions of two key documents to the BLM and to Western: an Amended Preliminary Right-of-Way Application, and an Amended Preliminary Plan of Development. The Plan of Development provides further engineering and design details, outlines TransWest's applicant committed environmental mitigation measures, and includes TransWest's wildlife protection plans, among other resources. Where possible, the generally 2-mile-wide study corridors also were narrowed to more precisely show where the TWE Project would be sited. TransWest further refined and resubmitted these documents in November.

On Nov. 26, BLM and Western published their fifth public newsletter about the EIS status, revealing that the agencies "have jointly identified an Agency Preferred Alternative to be presented in the Final EIS." They also announced the Final EIS "is targeted for release in April 2015."

The TWE Project marks 10 years since its inception.

BLM/Western published and announced their Final EIS on April 30, with the Notice of Availability published May 1 in the Federal Register.

Coordination and partnering agreements were signed with the Ute Indian Tribe of the Uintah and Ouray Reservation for the construction of the TWE Project in eastern Utah.

An independent economic analysis by PA Consulting, Regional Transmission Expansion Assessment, released in October finds that the TWE Project "is the most viable and cost-effective option for accessing material quantities of Wyoming wind energy from California's load centers."

BLM issued its EIS Record of Decision on Dec. 13, with the Notice of Availability published Dec. 16 in the Federal Register. The decision approved the location of about 60% of the total TWE Project route, which lies on BLM-managed land, and approved the overall project plans and environmental measures. This critical decision made it possible for other necessary pre-construction activities to begin to move forward.

Western Area Power Administration issued its EIS Record of Decision on Jan. 13, with the Notice of Availability published April 3 in the Federal Register.

BLM issued a federal right-of-way grant for the TWE Project on June 23.

Reflecting evolving market conditions and a desire to provide maximum grid flexibility and optimization, TransWest determined it will pursue design and construction of Design Option 2 as identified in the federal EIS and Record of Decision documents. Design Option 2 calls for a 500kV HVDC transmission system to be built from Wyoming to a terminal in Utah (about 405 miles), and a 500kV HVAC transmission system to be built from Utah to a terminal in southern Nevada (about 325 miles). The total 732-mile transmission route remains the same.

In December, the first county permits were secured for the TWE Project, from Sweetwater County and from Carbon County, Wyoming.

TransWest continued to advance its resource survey program and other work needed to meet the requirements for a BLM Notice to Proceed to Construction.

By January, federal, state and all 14 county permitting decisions for the TWE Project were complete.

WECC granted Accepted Path Ratings for the TWE AC and DC Project configuration in March, as requested by TransWest in 2018.

By September, TransWest had secured 94 percent of the total right-of-way.

TransWest filed an application with FERC on Dec. 11 for authority to sell transmission service rights at negotiated rates.

On Feb. 26, FERC approved TransWest’s proposed process for allocating transmission capacity, and on June 7 the initial capacity allocation process began with a Notice of Open Solicitation. On Nov. 5, the process concluded with the negotiation of customer agreements between TransWest and Power Company of Wyoming LLC.

By June, TransWest had secured nearly all of the rights-of-way for the 732-mile transmission route, including those over 99% of the privately owned lands.

"Renewable energy like wind and solar are a major piece of the climate puzzle, but building a more resilient and efficient electrical grid is critical to our success."