Responsible design with stewardship in mind

Reliable, cost-effective electricity is a basic necessity for Americans’ quality of life and for the health and prosperity of American industry. The TWE Project not only will ensure delivery of a vital renewable wind-energy resource for a growing America but also will create jobs, support environmental protection, enhance tax revenues, and further strengthen the nation’s energy foundation for the future. 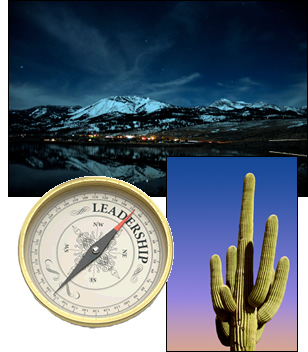 Achieving this mission requires investments in infrastructure construction across primarily federal but also state and private land. When TransWest Express LLC acquired the development rights to the Project from Arizona Public Service Company, it also took on the responsibility of developing the 700- to 800-mile transmission line in a sensible, balanced and sustainable way.

Years of extensive research and evaluation were spent developing the project's proposed route even before the initial right-of-way application was filed with the federal government in November 2007. Then, the proposed route and thousands of miles of reasonable alternative routes were studied for seven more years through the federal Environmental Impact Statement process. The federal agencies’ task was to select a final route for the TWE Project that best balances all of the dozens of important impacts and factors that must be taken into consideration, such as housing and other already-developed areas, critical wildlife habitat, public input, cost, constructability, existing utility corridors, and other areas of environmental and cultural concern.

In line with federal energy policies, about two-thirds of the project route is intended to be on federal land mainly administered by the Bureau of Land Management, an agency that manages land specifically intended for multiple uses including renewable energy development. And the project purposely aligns as much as possible with other transmission and distribution infrastructure corridors to avoid additional soil disruption. Furthermore, by virtue of its high-voltage, high-power design, the TWE Project’s transmission structures can be spaced further apart, thus requiring less land area. The TWE Project will convey bulk supplies of electricity equivalent to seven smaller 230 kV lines, which each would require its own right-of-way path.

Finally, TransWest Express is committed to coordinating and consulting with stakeholders – from federal government agencies to local landowners – as the transmission line’s design becomes a reality. As part of the environmental review and public involvement process, the BLM and Western as joint lead agencies held 23 public meetings from January through March 2011 to solicit public comments and input for consideration in their Environmental Impact Statement. After the agencies released their Draft EIS in July 2013, 13 additional public meetings were held throughout August and September 2013 to gather further feedback and comments.

Learn about the significant national strategic benefits the TWE Project is expected to provide.

"Wyoming is taking center stage in being recognized for its true world-class wind resource potential as an electric energy source. The key to its development remains the construction of major high-voltage transmission lines that must be built to move this sought-after product to market."